Every time I walk to the Jama Masjid from the Chawri Bazaar metro station, what amazes me most is the unanticipated appearance of the mosque’s grand dome at the precise moment when the road bends right for the first time.

And before that right, strikingly enough, no first-timer can ever predict that less than a kilometre away there lies, in all its architectural and historical grandeur, the biggest mosque in the country, commissioned by the Mughal emperor Shah Jahan in 1650 and completed over the next six years.

The dome glimmers in the afternoon sun and its alternating stripes of black and white marble blend into a dull grey as the more than 300-years-old structure bludgeons itself out of the congested multi-storeyed residences, hotels and shops dotting the surrounding areas.

During the Islamic holy month of Ramzan, Muslims break their day’s fast at sunset ceremoniously with an evening meal known as the Iftar. At the Jama Masjid, during this month, the evenings turn festive and colourful. As the setting sun highlights the sky orange, hundreds of people—men, women and children from Delhi as well as its outskirts—flock to attend the evening prayers and break their fast.

I spent a few evenings trying to capture the vibrancy with which the iftar evenings are celebrated at the Jama Masjid. 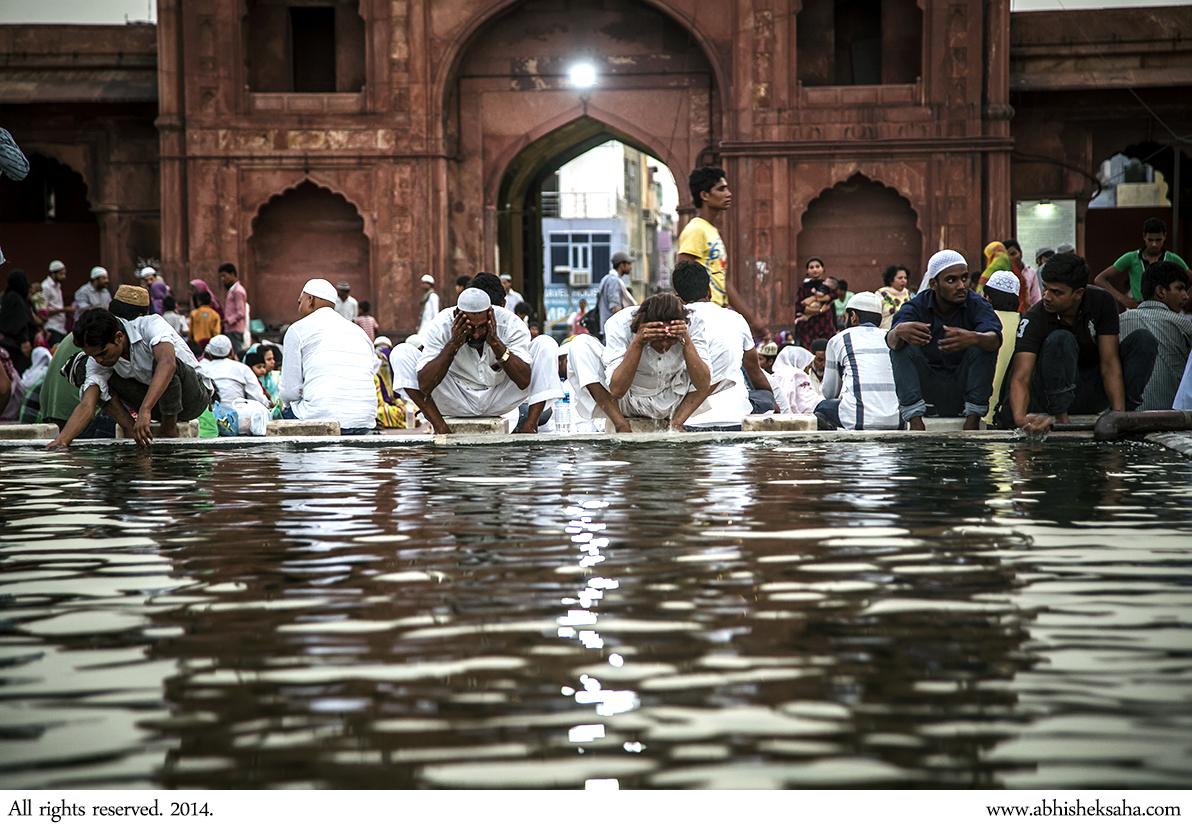 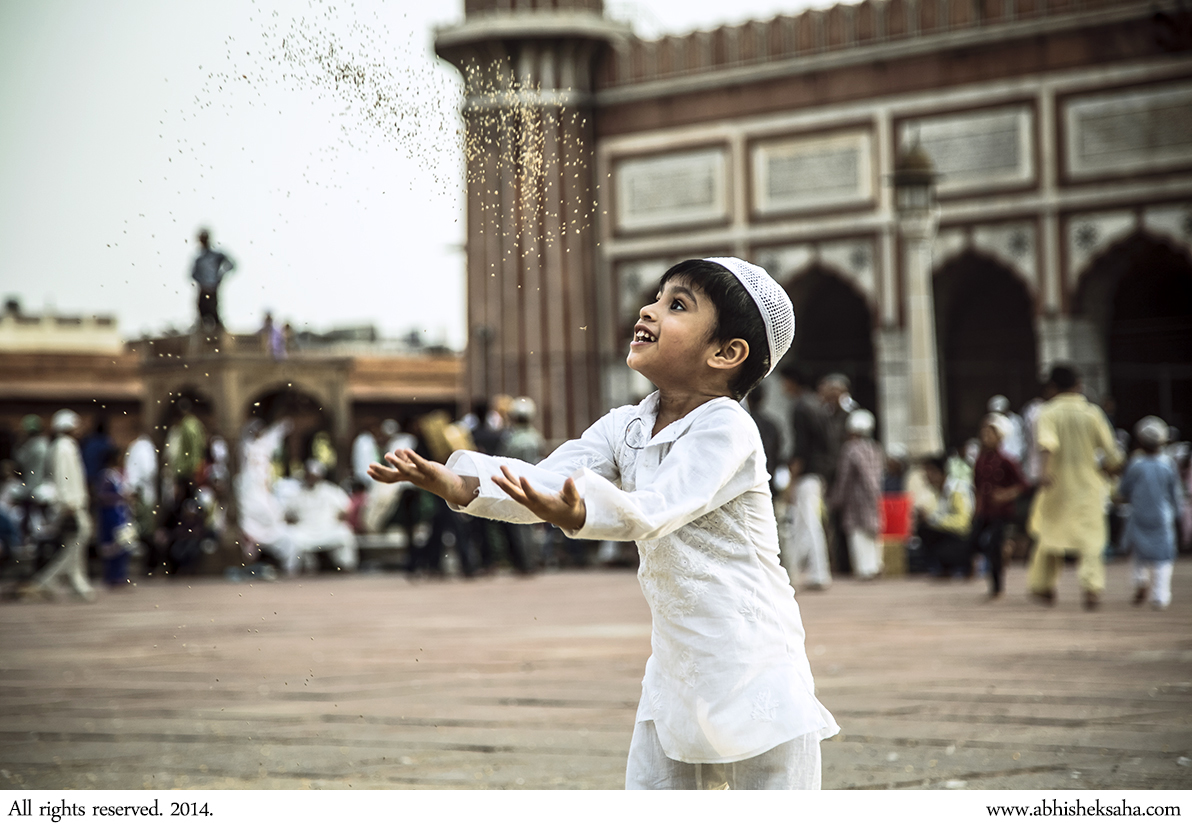 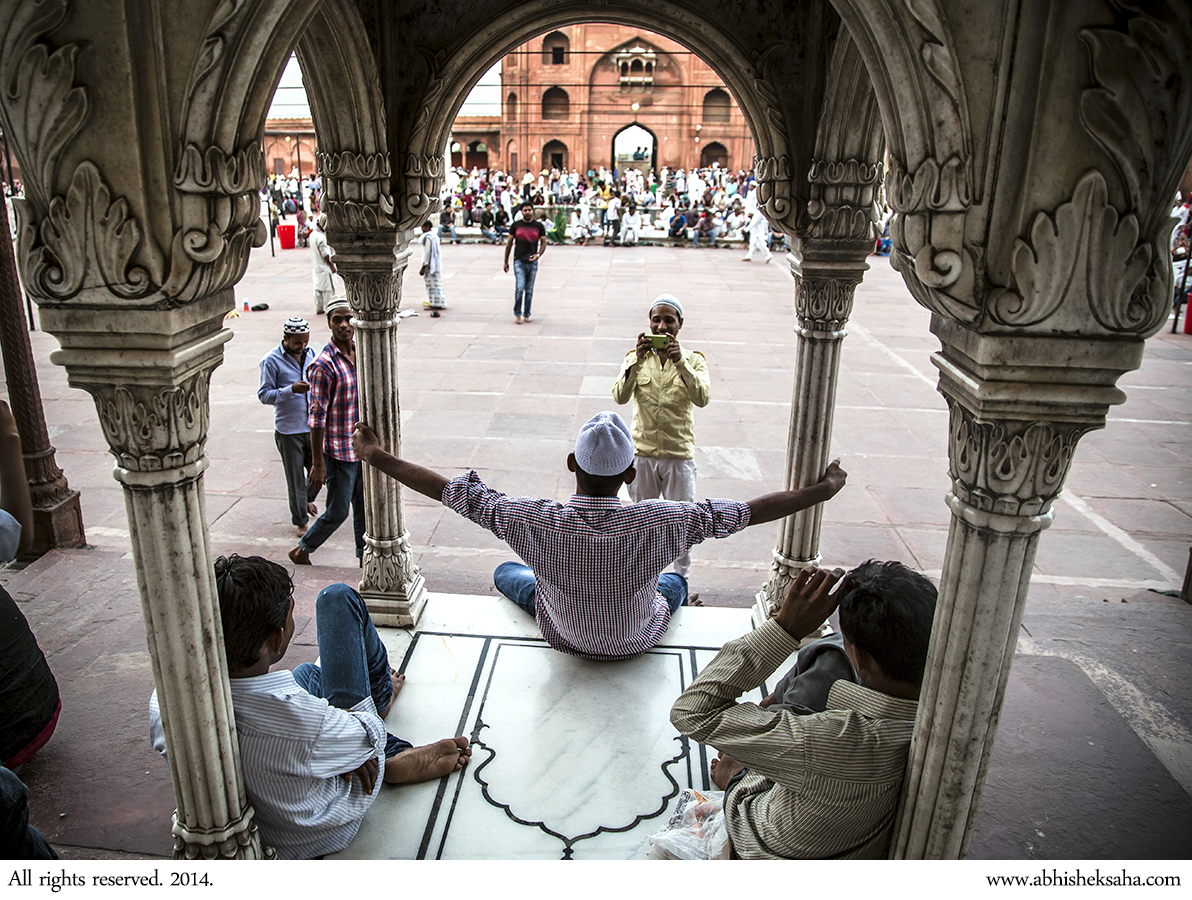 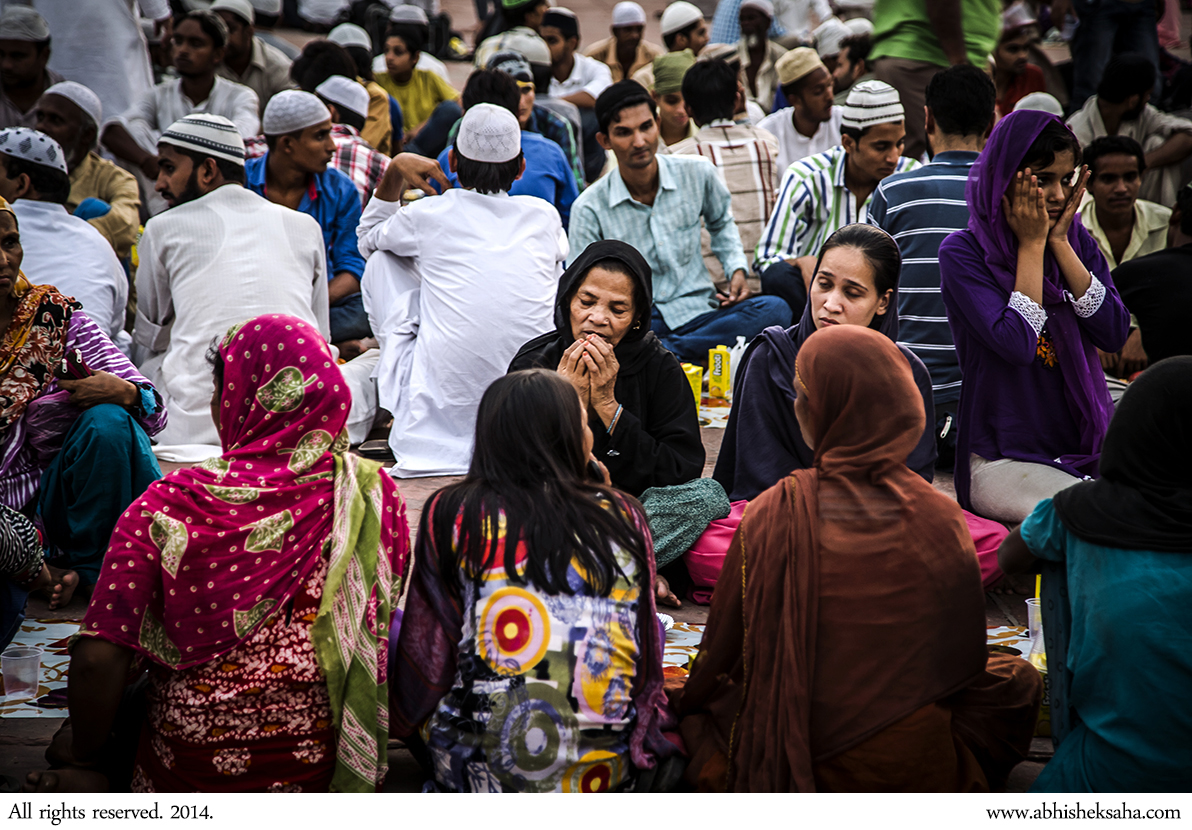 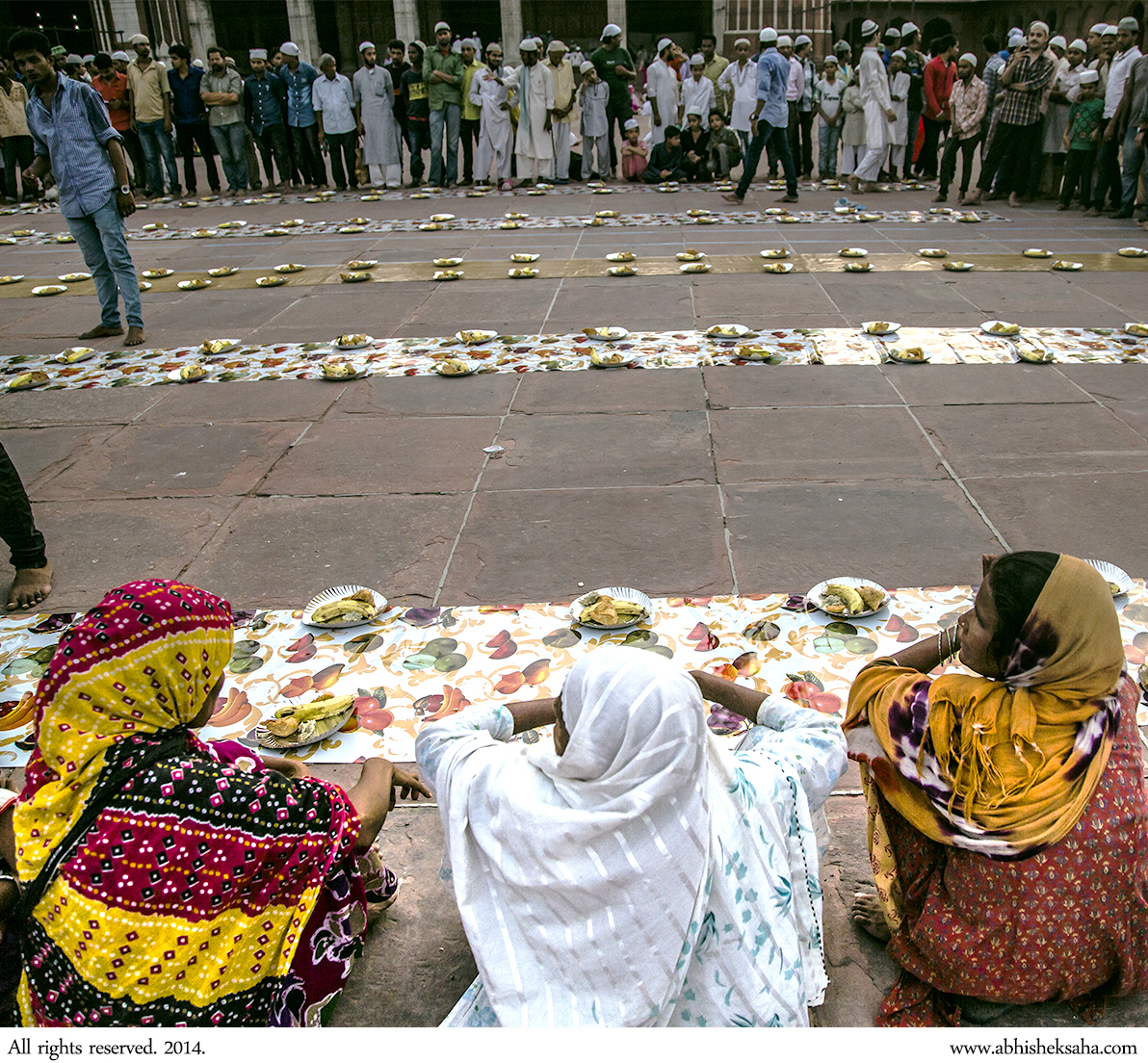 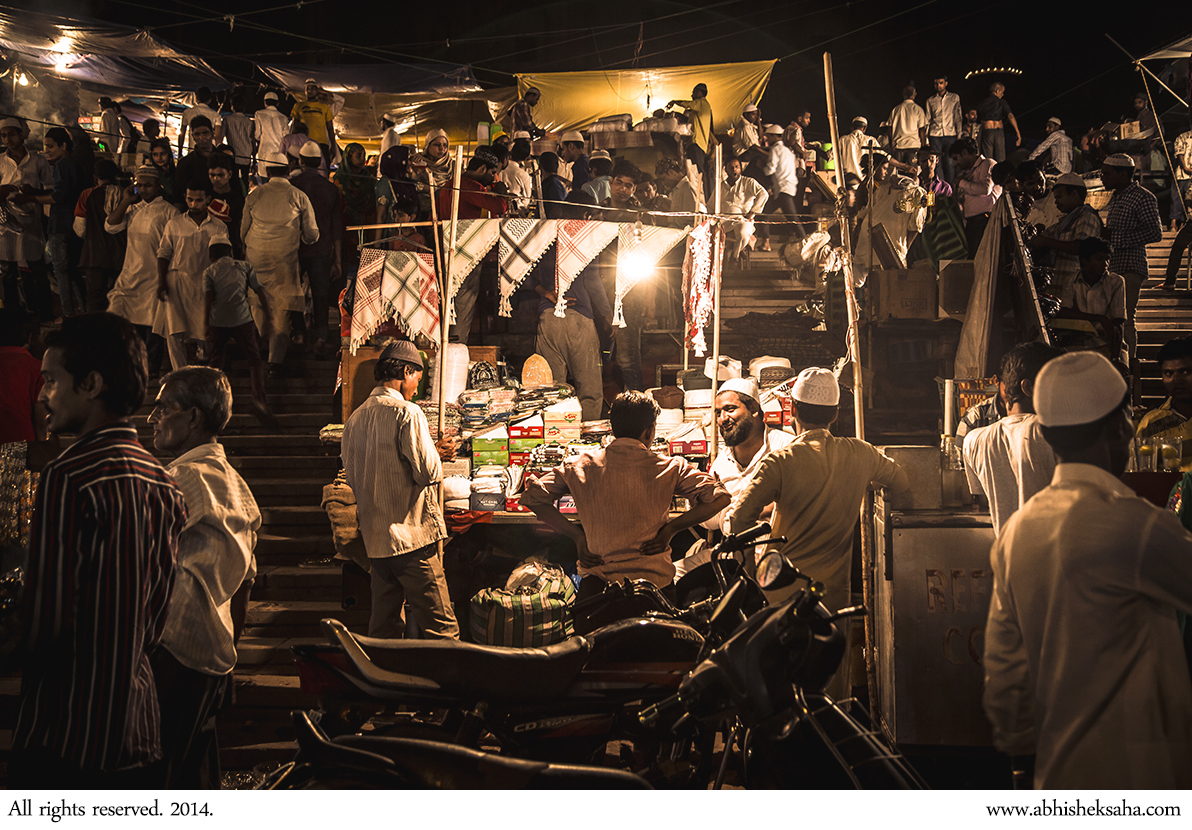 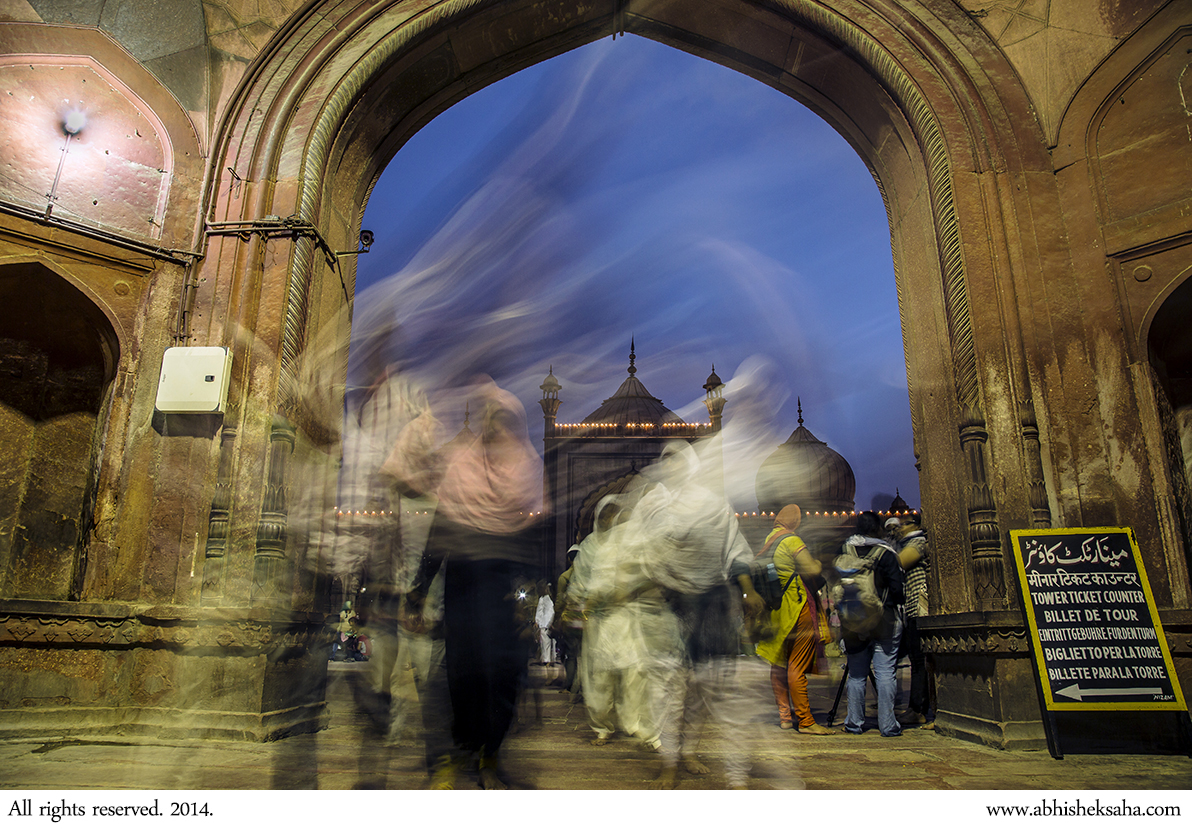 This album was published on the Hindustan Times website.  Moreover, two photographs appeared on HT’s Sunday magazine, Brunch (27th July, 2014), as a part of the Ramzan package. 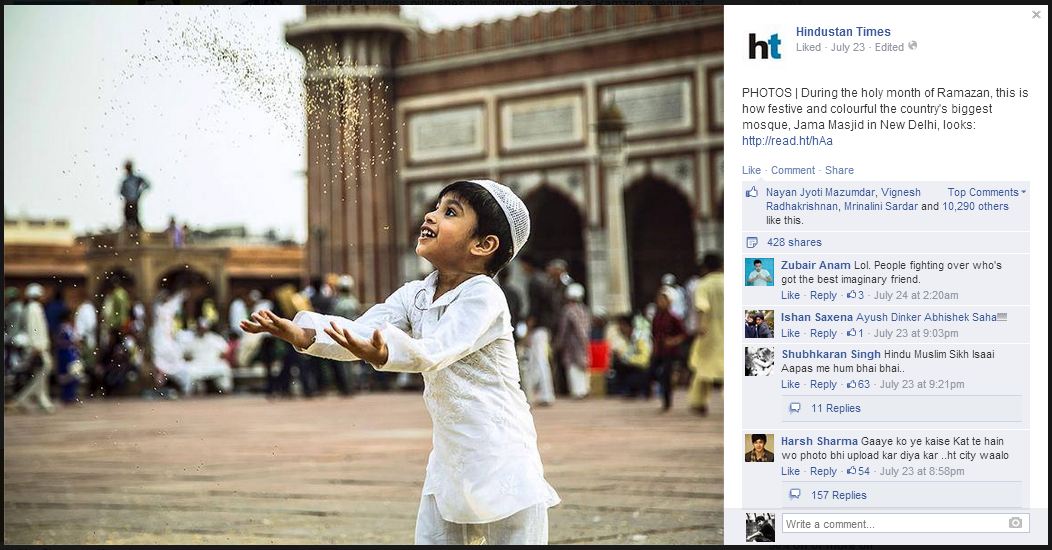